The operations discussed in this tutorial include:

Prior to beginning this tutorial, we have already logged in to the Aunsight platform and navigated to our organization. We have ensured that the datasets we will import have been created. We have also created a new Dataflow. If you would like to review any of these steps, please visit one of the following tutorials.

Below is a side-by-side view of each of the two input datasets. The CSV file for each sample dataset was imported into the Datasets tool. Then, the Schema Detector was used to create the schema for each dataset.

Below is the output dataset that results at the end of this process. This image is provided to illustrate the result from the operations utilized in this tutorial. 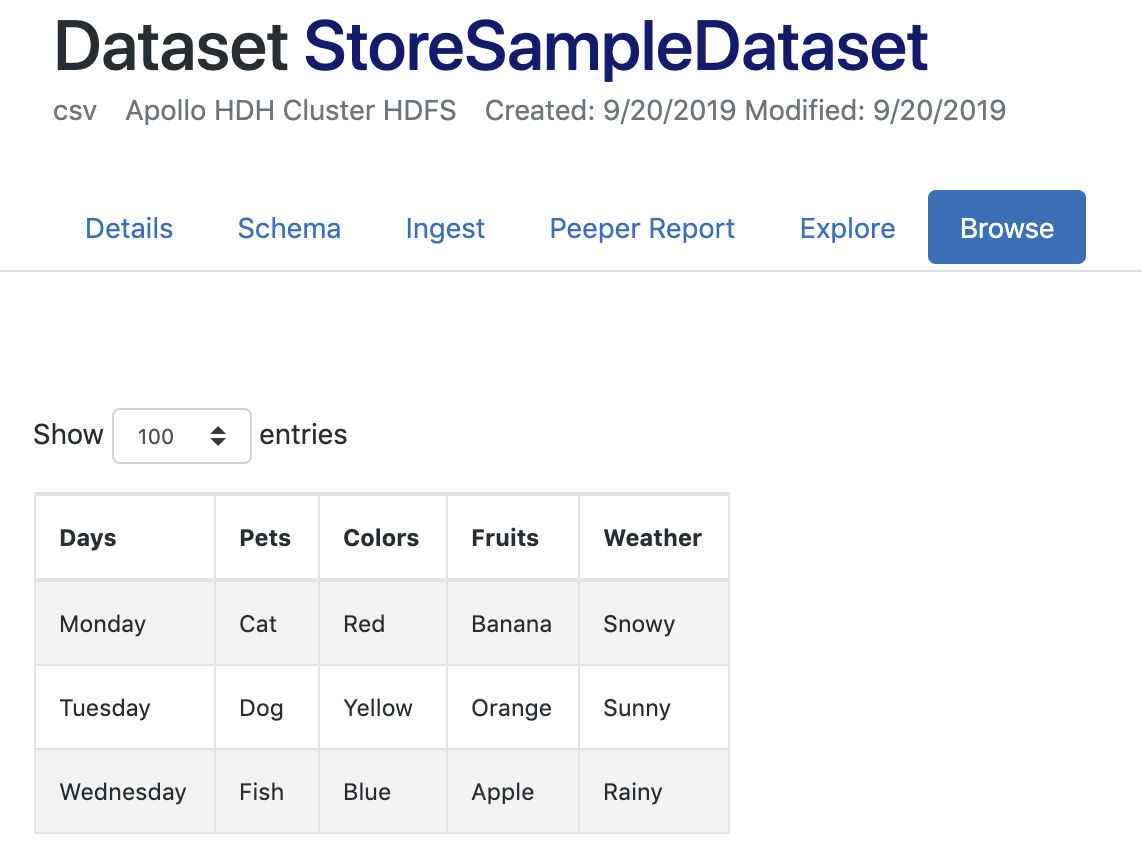 1. Import and Load the Datasets¶

In your new Dataflow, import your datasets by selecting the import icon. When prompted, select the datasets you would like to import. For this tutorial, we will accept the default setting to import and load the datasets. For your applications in the future, you may choose to import datasets without loading them into the dataflow automatically.

To ensure you do not lose any progress along the way, it is best practice to save your work early and often. Save your dataflow using the Save button. When prompted, type the name for your dataflow. You may provide an optional description or tags. 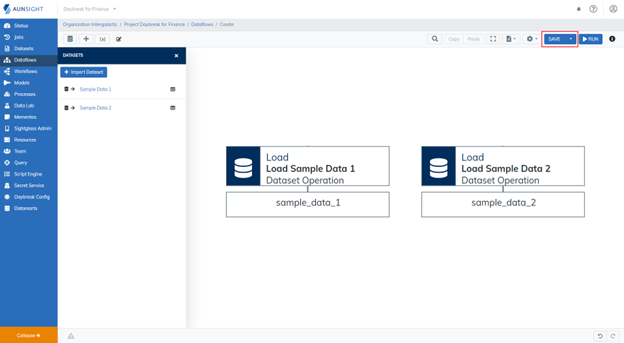 When we imported our datasets and used the schema detector to write the schema, we left the field names in the default "column_0" format. Before we work on joining our datasets, we are going to clean up the field names. This will make it easier to determine which fields to use as the key when joining the datasets. 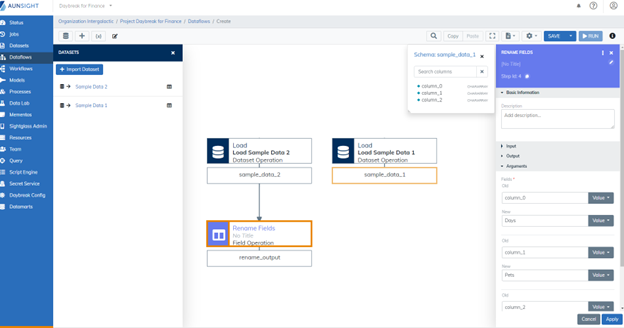 To ensure the key fields join appropriately, we are going to sort our data using the Sort Rows operation. By sorting the key fields in the same manner, we are ensuring the data will be aligned to be easily matched during the join process. 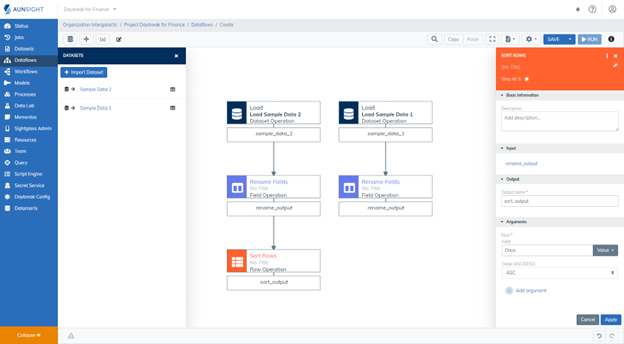 There are three different types of simple joins available in the Aunsight platform: Inner Join, Left Outer Join, Full Outer Join. All three of these options are housed in the Join Operation and are selected via a dropdown menu. 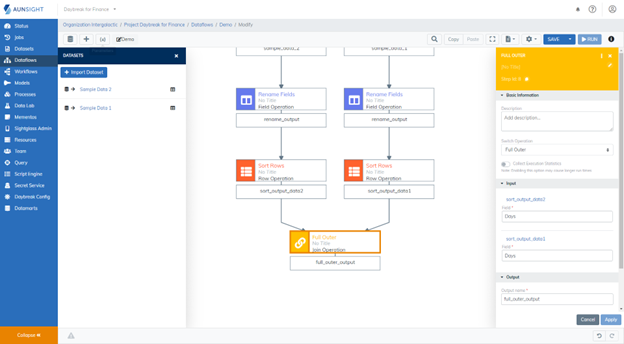 Inner Join: An inner join is the most time intensive type of join. Each row in the first dataset will be paired with each row in the second dataset.

In this join operation, we chose to disambiguate all fields. This means that the input dataset's name was added to each field name as a prefix when they were combined into one dataset. If you store and view the dataset at the conclusion of this join, you will see that each field name indicated which dataset it stems from. When defining the details for the join operation, you can toggle the level of disambiguation that will appear in the resulting dataset. .

There are two ways to remove fields from a dataset in the Dataflows tool. The first way, demonstrated below, is to use the Remove Fields operation. While using this operation, you select the fields you would like to have removed from the dataset. 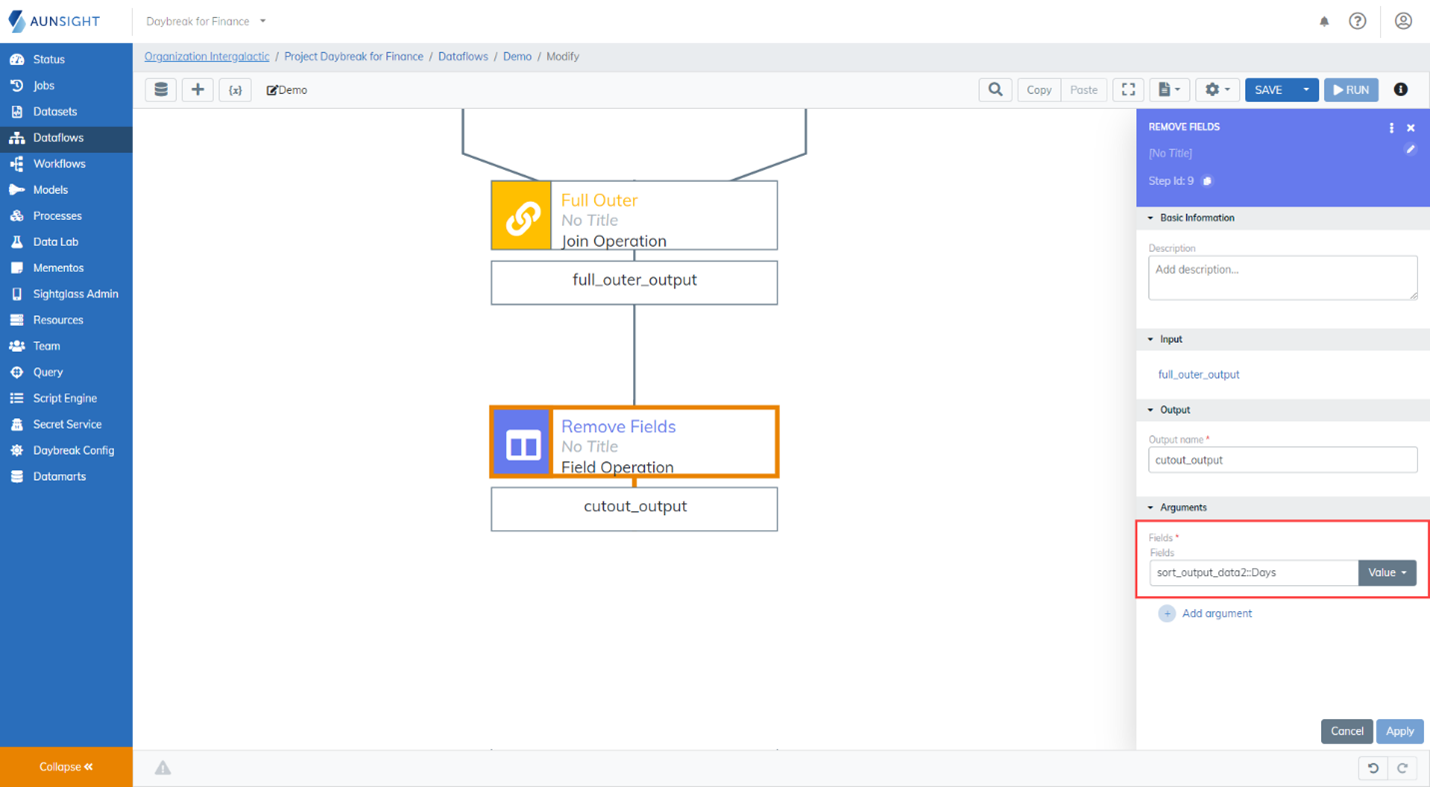 Since we chose to disambiguate all fields during the join operation in Step 5 and have now removed the fields we no longer need, we will drop the prefix from the remaining fields here. To use this operation, choose the input dataset and type the prefix that should be removed from the fields. 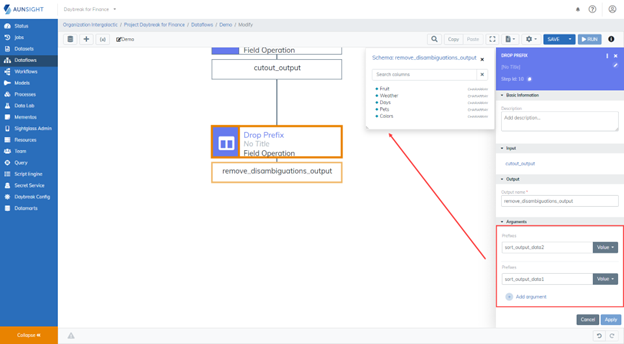 8. Store and Run the Dataflow¶ 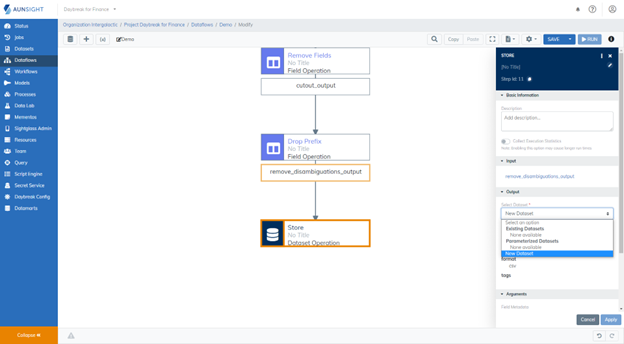 Don't forget to save your work.

Now that you have created a simple dataflow, you might want to learn how to overwrite a dataset using the store operation. This would allow you to run your dataflow multiple times without continually creating new datasets.